Your elderly parent is not asking you to take charge! Usually, he’s asking only for a helping hand. 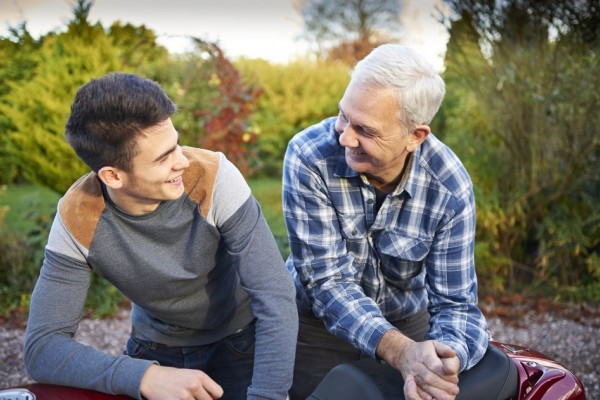 It’s doubtful that he really hates you.

As our loved one ages, we become increasingly concerned about their health and safety — and we then start making assumptions.

Perhaps we stepped in — uninvited — to help without first having “the Talk” with them .

Or, we expected that they would automatically see things our way and do what we felt was best for them — because it’s the “logical” thing to do.

Perhaps we feel guilty because we noticed that things were not going well and put off having “the Talk” until, in our mind, it’s almost too late — the last minute.

Maybe we’ve fallen prey to our hyper-active, multi-tasking lifestyle. Then we look for the most expedient solution available. (Dad’s become one more task on our never-ending “to do” list).

Or, more likely, your Dad is angry, but not at you. Instead, he’s very frustrated because he can’t do the things he used to do with ease — and his frustration is coming out as anger.

My father-in-law exploded at everyone and everything when he tried to read the newspaper. His anger was as predictable as clockwork and went on for months. So, when it was time for his evening session with the paper, everyone else scattered into other rooms or went outside. No one wanted to be near him. And, heaven forbid if we hid his paper.

Two things were going on inside his mind. First, he was having frequent mini-strokes (TIAs) that caused vascular dementia to develop. Second, he developed macular degeneration. As a result, he had difficulty reading or understanding his beloved paper. He knew something was wrong. But, no one would or could fix it for him.

Quite often, the solution to working with someone with anger issues is a technique called mindfulness. In the beginning, mindfulness will seem to take a little more time. But, it actually saves time the longer you use it because it avoids the anger and agitation issues. Read more about it in our article, “How to Communicate Effectively with Your Elderly Parent.”

A Place for Mom Can Help You Find Senior Care

We have partnered with A Place for Mom to provide a free referral service that helps you find everything from Home Care and Adult Day Care to Assisted Living, Alzheimer’s Care and Nursing Homes. Let A Place for Mom help you online or call them toll-free (877) 311-6092. (A Place for Mom is paid by their participating senior care providers and facilities.)